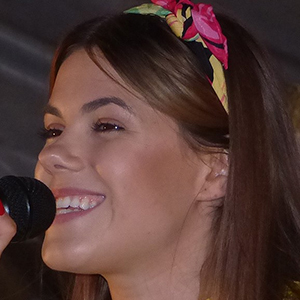 Pop singer who came fourth place in the third season of The X Factor. She released her first album, The Heart of My Number, in 2013.

She made her on-screen debut in the fifth season of Megasztár. She has over 440,000 followers on her adelcsobot Instagram account.

Her mother is Csobot Ildikó.

She was pictured with Laci Gaspar on Instagram in November 2015 celebrating his victory on Sztarban Sztar.

Adel Csobot Is A Member Of