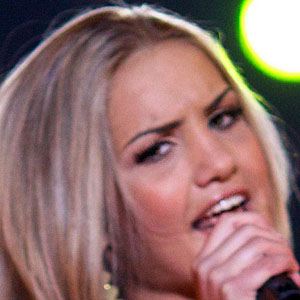 Known for her hit single "Bombo," which peaked at #2 on the Norwegian iTunes charts and won the OGAE Second Chance Contest 2013. She is also notable for the single, "Olé," which was used for the 2014 FIFA World Cup's album One Love, One Rhythm.

At the start of her career, she signed a recording contract with Simon Fuller, the founder of the Idol reality talent competition franchise.

She placed second in the Norwegian trials for the 2013 Eurovision Song Contest.

She and Brazilian musician Sergio Mendes both contributed songs to the official album of the 2014 FIFA World Cup.

Adelen Is A Member Of