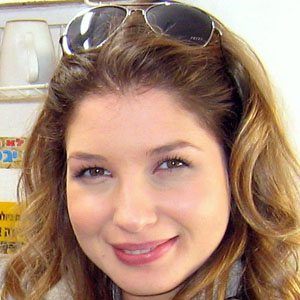 Best known for her role as Natasha Segovia in the Israeli television drama HaShminiya, she also appeared in a soap opera titled HaAlufa. Also popular among young audiences, she starred in a youth science fiction series called Deus and hosted a program on the Israeli Children's Channel.

Before securing her first acting role on HaShminiya, she worked as a model.

She was born and raised in Holon, Israel. In 2012, she survived a bout of thyroid cancer. She married her childhood sweetheart Nadav Peled in 2014; they welcomed a son named Leo in July of 2015.

She and fellow Israeli television actor Naor Zion both began their careers by appearing on comedian and host Dudu Topaz's television variety show.

Adi Himelbloy Is A Member Of