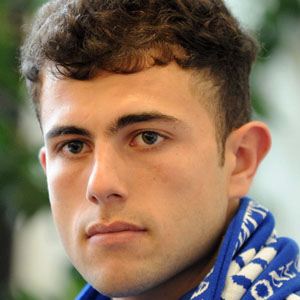 Striker who joined SC Freiburg in 2013 after spending a year with Dynamo Kyiv. He became a member of the Swiss national team in 2011.

He spent his youth career with AC Bellinzona, FC Winterthur and FC Zurich before debuting professionally for Zurich in 2008.

He was born in Gostivar in the Republic of Macedonia.

He and fellow striker Eren Derdiyok became teammates on the Swiss national team.

Admir Mehmedi Is A Member Of