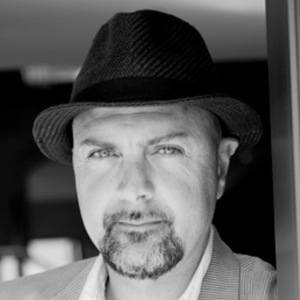 He dropped out of high school in order to pursue a career in entrepreneurship. He started his first business at 17 - a children's clothing company - and his second at age 19, a ski jacket design and manufacture business. He moved to Los Angeles in 1984 to study acting at the Lee Strasberg Theatre and Film Institute.

He opened his first restaurant in 1986 - Gaucho Grill, on Sunset Boulevard. Only ten years later, he had opened a chain of 12 Gaucho Grills.

He married Stacy Suaya, restaurant and night life editor of Rundown on LA, in 2012. Together they have one son.

He was a longtime friend of writer Jonathan Gold, and posted a tribute on his Instagram when Jonathan passed away in 1988.

Adolfo Suaya Is A Member Of