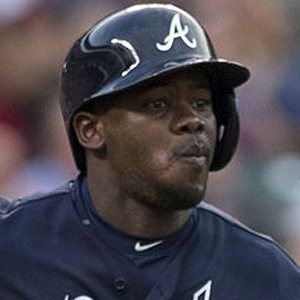 Third baseman and left fielder who joined the Atlanta Braves in 2015. He hit his first career home run with the team in July 2015 against the St. Louis Cardinals.

He debuted in the Cuban National series with Ciego de Ávila in 2004.

He defected from Cuba through Nicaragua and Mexico in August 2010, and arrived in the United States in January 2011.

His brother José Adolis García is also a baseball player. They played against each other in the 2016 Caribbean Series.

He became teammates with Freddie Freeman on the Braves in 2015.

Adonis García Is A Member Of