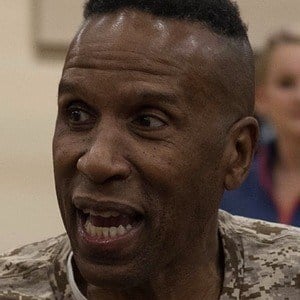 NBA Hall of Famer who was a 2-time NBA scoring champion and 6-time All-Star during his tenure with the Utah Jazz from 1979 to 1986.

He was a two-time NCAA All-American at Notre Dame University.

He won an Olympic gold medal with the U.S. national team at the 1976 Montreal games.

He had a son named Cameron with his wife Dinitri Dantley.

He was teammates with Kareem Abdul-Jabbar on the Los Angeles Lakers from 1977 to 1979.

Adrian Dantley Is A Member Of