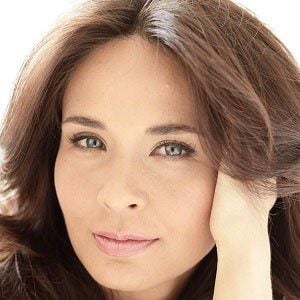 Famous for her Premios TVyNovelas-winning portrayal of protagonist Maria Dolores Morales Garza in the Mexican telenovela Yo No Creo en los Hombres, she is also recognized for her villainous role as Olga Ancira Cervantes in the soap opera Corona de Lagrimas, as well as for her starring role as Constanza in the series Quiero Amarte.

She made her television debut in 2000, playing the character Lluvia in the series Golpe Bajo.

Adriana Louvier Is A Member Of