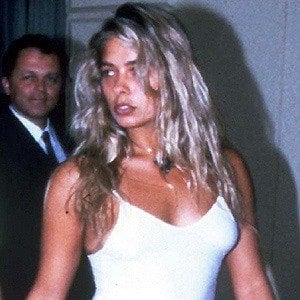 Hungarian Brazilian model who hosted Rede Bandeirantes and Project Runway and was featured in Brazil's Playboy as well as VJed for Brazil's MTV.

She dated Formula One driver Ayrton Senna before he died in a 1994 racing accident.

She had a child named Vittorio Iodice with Roberto Justus, whom she was married to from 1998 to 1999.

She has appeared in the Brazilian Playboy, which was founded by Hugh Hefner.

Adriane Galisteu Is A Member Of