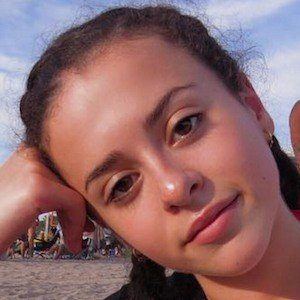 Canadian actress who was cast in the show Backstage after becoming well known as Shania in Annedroids. She has gone on to attend New York University, Tisch School of the Arts for Drama and conservatory in Theatre.

She was performing on stage as a dancer and vocalist beginning at the age of five. She was cast in the film Stage Fright after her very first audition for any sort of acting opportunity.

She has won several dance competitions and has been awarded scholarships for the Broadway Dance Intensive New York program and Fresh Dance Intensive Workshop. She was nominated for an Emmy for her performance in the show Annedroids.

She has a sister named Isabella.

She and Shelby Bain were both cast in Backstage.

Adrianna Di Liello Is A Member Of