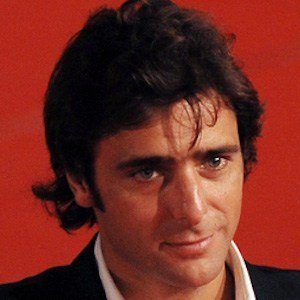 Italian actor known for his role as Giancarlo Rossi on the show Missing. He also portrayed Pietro Montero on Mystery Island and did the Italian dub for Heath Ledger's Joker in the Dark Knight.

He broke into the industry doing camera work in 1990, eventually making his way onscreen in 2001.

His father is famed actor Giancarlo Giannini, and the two have had parallel roles. They both played the same character in Swept Away (orig. 1974, remake 2002) and both dubbed the Joker, his father doing so when Jack Nicholson played the character.

His mother is Livia Giampalmo and he has a brother named Lorenzo.

He starred alongside Ashley Judd on Missing.

Adriano Giannini Is A Member Of