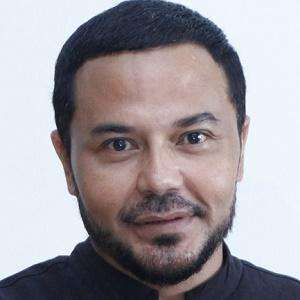 Celebrity chef and judge for the reality competition series MasterChef Malaysia. He created and ran the eccentrically quirky, modern Malaysian restaurant Champor-Champor from for 17 years until 2012.

He grew up dreaming of a far away land outside of Malaysia and traveling the world. He had more than 20 years of experience as a chef as of 2015.

He launched a clothing line called Aduh! by adu.

He was born in Kluang, Johor, Malaysia. Both of his parents were factory workers.

Adu Amran Is A Member Of