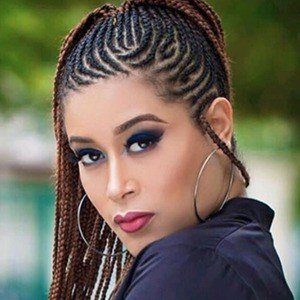 Nollywood actress who appeared in Diary of a Lagos Girl in 2016 and Run in 2017. She has been nominated for a City People Movie Award for Most Promising Actress of the Year. She has more than 2.7 million followers on her iamadunniade Instagram account.

She worked as a model and even appeared on America's Next Top Model. Her first on-screen role was in You and I.

He children are Ayden and D'marion Young.

She and Demi Lovato are both stars who have been open about their mental health struggles.

Adunni Ade Is A Member Of