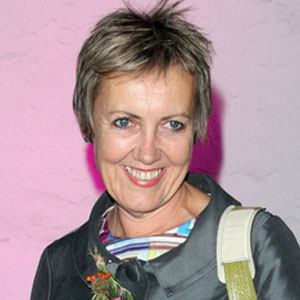 Scottish television presenter who has been the host for the Channel 4 series "How Clean is Your House?". She also hosted Storage Hoarders.

She went to Aberdeen College of Commerce and earned a bilingual secretarial degree which led to work in the Foreign Office.

She has had her own charity called Ukuthasa, which supports South Africans in healthcare and education.

She has two children named Rory and Ewan.

Like Lynda Bellingham, she has appeared on the talk show Loose Women.

Aggie Mackenzie Is A Member Of