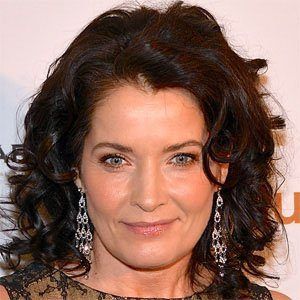 Swedish television host who has worked with the Swedish channel TV4 and hosted the first two seasons of the show Let's Dance.

She worked as a light technician and fixed lights for television shows at TV4.

She has also pursued a singing career and appeared on the SVT show, Allsang pa Skansen.

She grew up with her family in Norrbo, Hudiksvall, Sweden.

She co-hosted the show Fangarna pa fortet with Gunde Svan.

Agneta Sjodin Is A Member Of