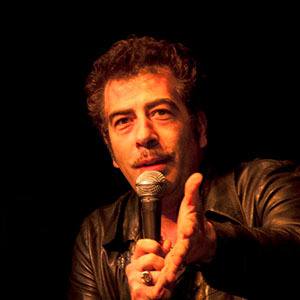 Actor, writer, and comedian who is known for being a pioneer in the stand up comedy scene of Spain. He is also known for appearing in several feature films including Eight Catalan Surnames, 7 Lives, and The Time of Jose Mota.

His acting career first started in 2001 when he played the role of Agustin Jimenez on the 2001 series New Comedians. His feature film debut came in 2002 when he appeared as a bar patron in the film The Kedada.

He is also known for having been one of the founders of the community radio station Radio Enlace based in Madrid.

He was born and raised in Trujillo, Caceres, Spain.

He starred alongside Dani Rovira and Alain Hernandez in the 2015 feature film Eight Catalan Surnames.

Agustin Jimenez Is A Member Of