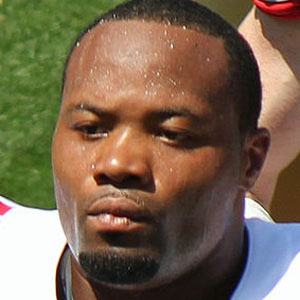 Veteran NFL Outside linebacker revitalized his career with the 49ers by earning his first All-Pro selection and becoming the Post-Season Sack Leader in 2013.

He was a named the USA Today High School Defensive Player of the Year during his junior 2001 season at Thomas Dale High School.

He was a one-time All-American and one-time Butkus Award finalist at the University of Virginia before being drafted in the 2006 supplemental draft by the Bengals.

His father Perry Brooks also played football and his mother's name is Vergie.

His journey to becoming a starter was first assisted by former 49ers head coach Mike Singletary in 2009.

Ahmad Brooks Is A Member Of