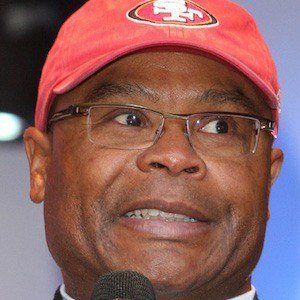 Former NFL linebacker for the Chicago Bears who was selected to ten Pro Bowls. He became an NFL coach after retirement, serving as head coach of the San Francisco 49ers from 2009 to 2010.

He lost his brother Dale to the fumes from a coal stove growing up.

He was the heart of the defense that helped the Chicago Bears win the Super Bowl in 1985.

Had seven children with his wife Kim.

He coached Patrick Willis, another extraordinary linebacker, when he was the head coach of the San Francisco 49ers.

Mike Singletary Is A Member Of