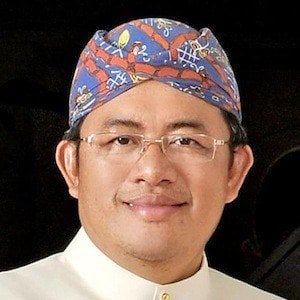 Best known for taking office at the Governor of West Java in 2008. He'd previously served as a member of the Jakarta House of Representatives.

He began his political career in 1999 by getting elected a legislative representative for the DKI Jakarta Province.

In 2015, West Java won the Pangripta Nusantara Award for the fifth time under his tenure.

He married Netty Prasetiyani in 1991 and they have six children: Abdul Halim, Sofie, Salman, Khadijah, Hobab, and Dulhadi. He has one brother, Ahmad Sukenda.

He served as Governor of West Java under Presidents Joko Widodo and Susilo Bambang Yudhoyono.

Ahmad Heryawan Is A Member Of