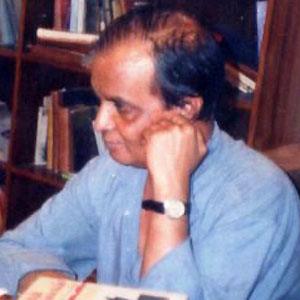 Bangladeshi poet and novelist whose works include Surya Tumi Sathi, Onkar, and Alat Chakra. He also published several historical and political works on the subject of Bengali practitioners of Islam.

He studied at the University of Dhaka. He published his debut novel, Surya Tumi Sathi, in 1967.

He helped to found the Bangladesh Writers Camp in 1970.

He was raised in Gachbaria, Bangladesh. He died in Dhaka at the age of fifty-eight.

He and Al Mahmud were two of the best-known Bangladeshi poets.

Ahmed Sofa Is A Member Of