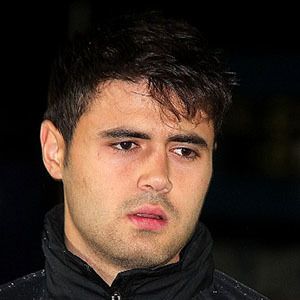 Turkish professional football player who is known for his work with the Gençlerbirliği club as a defender. He is also known for having played on several of Turkey's national teams.

He started his youth career in 2005 playing as a part of the Gençlerbirliği club. He then in 2011 joined their senior team. In 2015, he made hie debut with the Turkish national team.

He is known for having won the Super Lig Championships during the 2017 season as part of the Galatasaray club.

He was born and raised in Yenimahalle, Ankara, Turkey.

Other defenders also known for their work with the Turkish national team include Atinc Nukan and Gokhan Gonul.

Ahmet Calik Is A Member Of