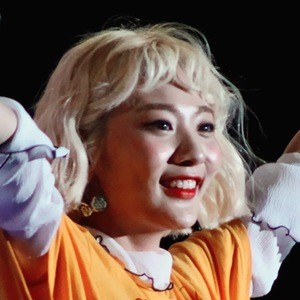 South Korean pop singer who became one half of the duo, Bolbbalgan4. She gained fame after appearing on Superstar K6 in 2014.

She had wanted to a be a pop singer ever since she was a young child.

She was born and raised in Yeongju city, Gyeongsang.

She is a fan of fellow pop singer Jessie J.

Ahn Ji-young Is A Member Of