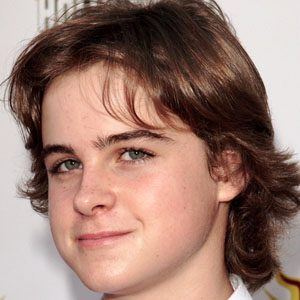 Actor who played the young cross-dresser Sam Malloy on the FX series The Riches. In 2008 he appeared in Law & Order: Special Victims Unit, and the following year he starred in the film In My Sleep.

He made his debut in a stage production of Oliver! at the Town Hall Theatre in Galway, Ireland.

He was named Best Child Actor in a Supporting Role at the 2007 International Family Film Festival for his role in the comedy Country Remedy.

He was three years-old when his family moved to Galway, Ireland, where his father was born. They returned to the United States seven years later and settled in San Diego, California.

He made his feature film debut in The TV Set, starring David Duchovny.

Aidan Mitchell Is A Member Of