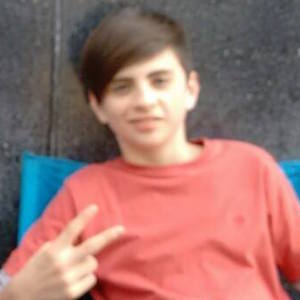 Actor and singer well known for being a member of the band Tres Ocho Uno. He has acted in a number of soap operas, such as Las vías del a mor and Porque El Amor Manda, and has been seen in Como dice el dicho and Yo no creo en los hombres.

He trained at CEA Televisa. He joined Tres Ocho Uno in 2014 after having been a part of groups called LikeU and Glam Kids.

He has been a part of more than 40 commercials for the USA, Mexico and Colombia.

His full name is Aidan Michelle Armenteros Vallejo. His mother's name is Jazz Vallejo. He has a pet Beagle named Zelda.

He starred alongside Lupita Jones in Secreto A Muerte.

Aidan Vallejo Is A Member Of