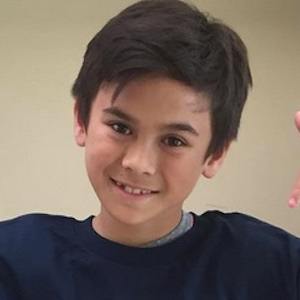 Professional dancer and actor known for sharing the stage with stars like Ariana Grande and for performing in commercials for brands like Sketchers. He has also had guest roles in shows like NCIS: Los Angeles.

A competitive dancer at the age of five, his duet went undefeated throughout 2012, earning him 1st place at Nationals. With an early focus in hip hop, he eventually expanded his skills to include ballroom dancing competitions.

He has modeled for a number of well-known companies including Target, Playmates, and Footlocker.

Born to Rosalie and Mike Lewandowski in Granada Hills, California, he has a sister named Alexis.

In February 2015, he appeared in the viral Missy Elliott Tribute video posted by Alyson Stoner.

Aiden Lewandowski Is A Member Of