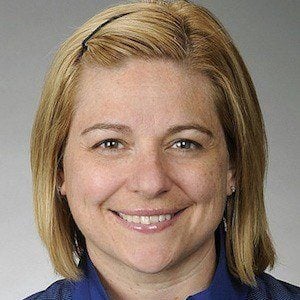 Head gymnastics coach of 2015 world champion and Olympian Simone Biles since she was six years old. She started working at Bannon's Gymnastix in 1996 and began coaching Simone in 2003. She has also trained and managed World Champions Centre.

She competed in gymnastics from age six to eighteen. She graduated from Northern Illinois University in 1995.

She started coaching to help pay for her gym training bills and her tuition.

She was born and raised in Chicago, Illinois. She has also lived in Spring, Texas. She is married with three sons.

She is an Olympic gymnastics coach who has worked under Marta Karolyi, the national team coordinator for USA gymnastics.

Aimee Boorman Is A Member Of