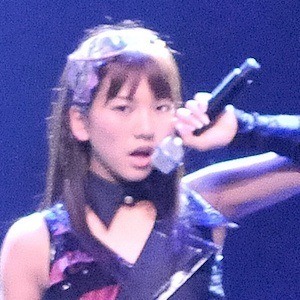 Pop music idol and model who is recognized for having been a member of the girl groups AKB48 and JKT48. Her popularity has led to her amassing more than 120,000 followers on her akiii_takajo Instagram account.

She appeared in the feature film Majisuka Gakuen and it's 2011 sequel.

She has a sister named Jui Takajō.

Both she and Atsuko Maeda have performed with AKB48.

Aki Takajo Is A Member Of