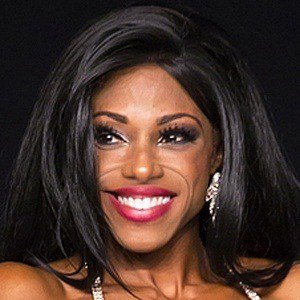 Certified personal trainer, rehabilitation specialist and national figure competitor who has been a sponsored athlete for Inner Armour. She became a finalist in the Cuaima Team Model search. She also placed third in nationals in 2013.

She was a cheerleader her whole life and wanted a way to maintain a competitive drive and healthy lifestyle after college. She competed in her first competition in November 2011.

She got a B.S. in exercise science at Wesley College in Dover, Delaware, and went on to coach her college cheerleading team for four years.

She's from Gaithersburg, Maryland. Her real name is Akia Jenkins, but she is more known under the nickname Kia-sweetz because of her love of sweet things.

She placed sixth at the Arnold Amateur 2012 Class A, which is named after bodybuilder Arnold Schwarzenegger.

Akia Jenkins Is A Member Of