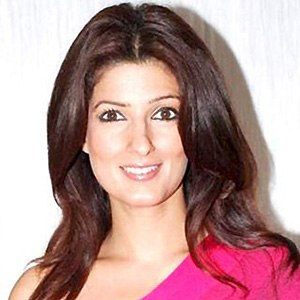 Actress who married the popular Bollywood actor Akshay Kumar and starred in the film Jaan. After quitting the entertainment scene, she co-founded the interior designing company The White Window store.

Her first on-screen role was in the 1995 film Barsaat.

She co-produced the 2010 heist comedy film Tees Maar Khan and also made a special appearance in the movie.

She married Akshay Kumar in 2001. They have two children, Nitara and Aarav.

Twinkle Khanna Is A Member Of