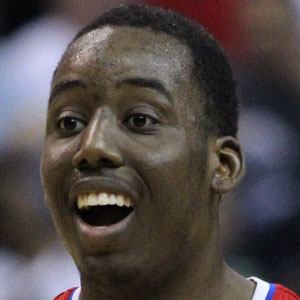 NBA forward drafted 8th overall by the Los Angeles Clippers in 2010. He played for the New Orleans Pelicans and Dallas Mavericks from 2011 to 2015 before signing with the Portland Trail Blazers.

He played two years at Wake Forest before declaring for the NBA Draft in 2010.

He competed with the Nigerian Men's Basketball team at the 2012 Summer Olympics.

He was involved in the 2011 blockbuster trade that sent NBA star Chris Paul to the Los Angeles Clippers.

Al-Farouq Aminu Is A Member Of