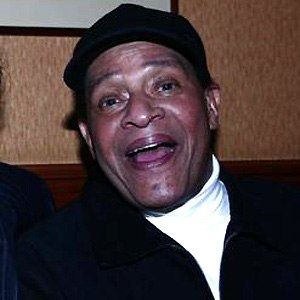 Jazz, pop, and R&B vocalist who sang the theme from Moonlighting. He collaborated with artists like Bill Withers and Al Green. His 12 Grammy nominations spanned the course of four decades.

He was his high school's student council president. He and Julio Martinez played in a duo in Sausalito.

He won seven Grammy Awards as a jazz singer. He was the second artist - after Michael Jackson - to ever win Grammy Awards in the jazz, pop and R&B categories.

He performed at The Improv between Bette Midler's comic acts.

Al Jarreau Is A Member Of