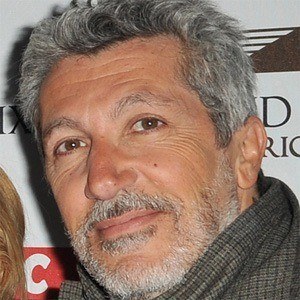 French director and actor who appeared in the 2004 French film Happily Ever After and directed Asterix & Obelix: Mission Cleopatra in 2002. He also plays Napoleon Bonaparte in the 2009 family film Night at the Museum: Battle of the Smithsonian.

He started his career in 1987 when he founded the comedy group Les Nuls and had his first appearance on the French television channel Canal Plus.

He won the 1998 Cesar Award for Best Debut for the film Didier.

He was born to a Jewish family in Oran, French Algeria.

He dubbed Mike Myers' voice in the French version of the animated film Shrek.

Alain Chabat Is A Member Of