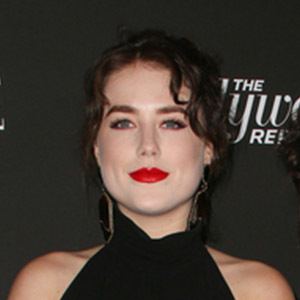 American model and social media influencer who is known for sharing her modeling and lifestyle shots through Instagram for her over 60,000 followers. She also gained attention after it was announced that she was dating The Big Bang Theory star Johnny Galecki.

She first started gaining attention in August of 2018 when Johnny Galecki first shared a photo of her through his Instagram.

She travelled out of the country for the first time in November of 2017 when she went on a trip to Norway with her boyfriend Johnny Galecki.

She was born and raised in San Diego, California. She welcomed a son named Avery with her then-boyfriend Johnny Galecki in December 2019.

She attended a Jack White concert in August of 2019 at the Santa Barbara Bowl.

Alaina Meyer Is A Member Of