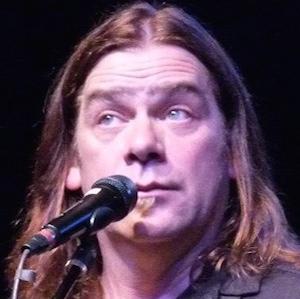 Best known as a lead singer of the folk/rock group Great Big Sea, he is a musician and actor who appeared in the feature films Robin Hood and Winter's Tale.

He previously performed alongside John Brenton in a duo called Staggering Home and also with his uncle's band called the New Sandells.

He has composed music for television on the CBC comedy Hatching, Matching, and Dispatching and in film for the movie Young Triffie's Been Made Away With. He also wrote and performed a song for an episode of Law & Order.

He was born in Petty Harbour, Newfoundland, Canada to Thomas and Regina Doyle. He has a brother named Bernie and sisters Michelle and Kim. In 2006 he and his wife Joanne welcomed a son named Henry.

He produced and co-wrote several songs for Russell Crowe's band The Ordinary Fear of God.

Alan Doyle Is A Member Of