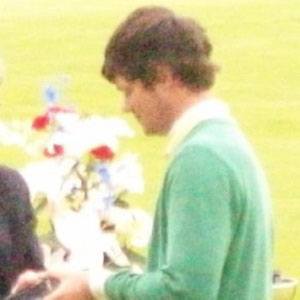 After winning the 2009 St. Andrews Links Trophy and the 2012 Amateur Championship, this Northern Irish golfer turned pro, qualifying for both the U.S. Open and the Masters of 2013. He debuted professionally at the Challenge Tour's Challenge de Madrid.

At the start of his career, he won the 2008 Ulster Youths Amateur Open.

As a member of Team Great Britain and Ireland, he won the 2011 Walker Cup.

Born in Ballymoney, Northern Ireland, he played during his youth for County Antrim's Rathmore Golf Club.

He and Gareth Maybin are both Northern Irish professional golfers born in the last two decades of the twentieth century.

Alan Dunbar Is A Member Of