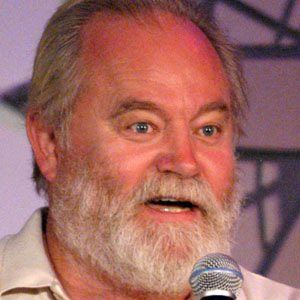 He won the 1985 Genie Award for Best Performance by an Actor in a Supporting Role for his portrayal of Sergeant Tom Coldwell in the film, The Bay Boy. His performance also earned him a Gemini Award nomination.

He was born in the United Kingdom and eventually moved to Canada after starting to act in classic stage productions.

He was once the Associate Director at the Stratford Festival and the Everyman Theatre.

He married Barbara March, with whom he had a daughter named Antonia, and he also had two children from his first marriage named Jonathan and Colette.

He starred opposite Don Franklin in the role of NSA member Dr. Bradley Talmadge in the television series, Seven Days on the UPN network from 1998 to 2001.

Alan Scarfe Is A Member Of