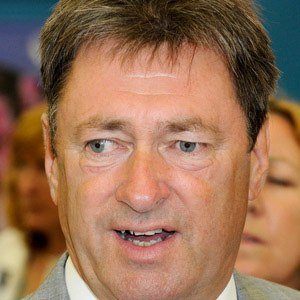 Prominent English television personality and novelist who became known for his gardening expertise. He hosted such BBC and ITV programs as Gardeners' World, the Alan Titchmarsh Show, and Love Your Garden.

He cultivated his interest in gardening by attending the Hertfordshire College of Agriculture and Horticulture.

In addition to his twenty gardening books, he has written eight works of fiction.

He was the West Riding of Yorkshire-born son of Bessie and Alan Titchmarsh. He had two children with his wife, Dr. Alison Titchmarsh.

Like J.K. Rowling , he is a British fiction writer.

Alan Titchmarsh Is A Member Of