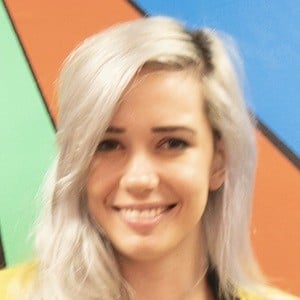 Writer and YouTube presenter best known as an editor and podcaster for IGN. She is often best recognized for shows like Button Bash and as an editor for Save Game Online. She also has her own self-titled YouTube channel where she has posted Let's Play videos of games like Until Dawn and Grim Fandango.

She began her social media career in 2009 but didn't dive into creating YouTube videos for her personal channel until 2012 when she opened with the video "Stuff Gamers DON'T Say."

She made headlines with publications like the Huffington Post after she began contacting the mother's of men who had sexually harassed and threatened her on the internet.

Her mother Susan has been featured in Let's Play videos like her Until Dawn walkthrough. She has dated Blaine Gibson of Rooster Teeth Productions.

She has interviewed numerous stars throughout her career, including voice actors like Vic Mignogna and Jeremy Shada.

Alanah Pearce Is A Member Of