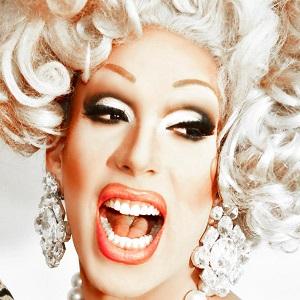 She moved to Los Angeles to pursue acting after studying theater at the University of Pittsburgh.

In her drag back story, she claims to be a Glamazonian princess from the planet Glamtr0n who crash landed on Earth in the mid to late 1980s and is trying to get enough Twitter followers to get her space ship up and running again.

She was born Justin Andrew Honard in Rochester, New Hampshire. She was in a relationship with Sharon Needles for four years.

She credits Divine, Britney Spears, and Marilyn Monroe as influences.