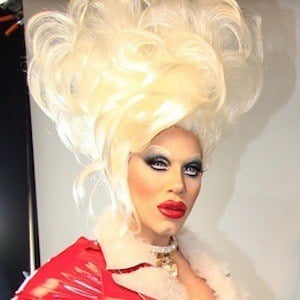 Drag performer who became a fan favorite on the reality competition series RuPaul's Drag Race. She was born with the name Aaron Coady.

She had a difficult childhood, which forced her to drop out of high school.

In 2012, she was named America's Next Drag Superstar.

She was born in Newton, Iowa. She dated fellow Drag Race star Alaska 5000 for four years.

Sharon Needles Is A Member Of