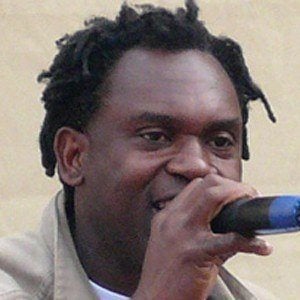 Known otherwise by his stage name Dr. Alban, he is a Swedish musician and producer known best for the 1992 hit single "It's My Life." He has released over a half a dozen successful albums and become the owner of the label dr-records.

At twenty three years old, he moved to Sweden to study dentistry. He then began working as a DJ to finance his studies. He would later open his own dentistry practice while performing as a DJ on the side.

His first #1 single "No Coke" sold platinum in Sweden and would go on to chart in numerous nations around the world.

He was born into a family of ten children in Oguta, Nigeria.

Alban Uzoma Nwapa Is A Member Of