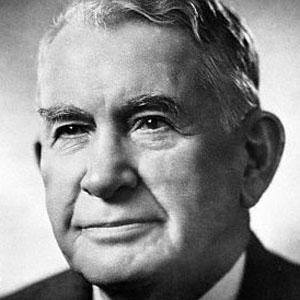 Vice President under Harry S. Truman from 1949 to 1953 who helped lead the country through the Korean War and Congressional partisan politics. He served as a US Senator from Kentucky both before and after his time in the White House.

His first political campaign was for county attorney of McCracken County, Kentucky, and further advances got him to the House of Representatives.

After moving over to the Senate he retained his partisan edge, and talent for long-winded stump speeches, but he always kept a self-deprecating sense of humor.

One of the traditions he started that his successor Richard Nixon did not continue was referring to the Vice President as the informal "Veep."

Alben W. Barkley Is A Member Of