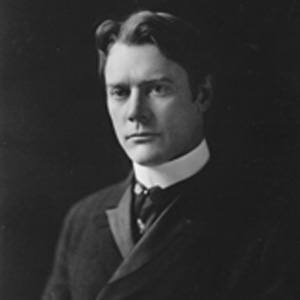 United States senator from Indiana from 1899 until 1911 who was influential in sponsoring the Federal Meat Inspection Act of 1906. He was also a notable historian and writer who wrote about the lives of several important Americans including Abraham Lincoln.

He was an alumnus of Indiana Asbury University (later DePauw University), from which he graduated in 1885, earning a Ph.B. degree.

He won a Pulitzer Prize for his four-volume "The Life of John Marshall," which was published between 1916 and 1919.

His parents were both of English heritage; he was married to Catherine.

He supported Theodore Roosevelt in his founding of the Progressive Party and ran on the party ticket for Indiana governor in 1912 and senator in 1914, but lost both races.

Albert Jeremiah Beveridge Is A Member Of