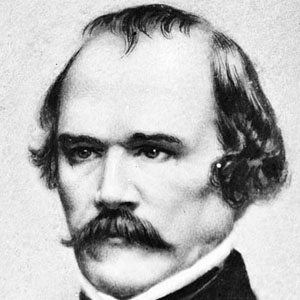 War veteran who served as a general with the Texian Army, the Confederate States Army and the United States Army. He was killed in the Battle of Shiloh, making him the highest-ranking officer killed during the America Civil War.

He attended Transylvania University in Lexington, Kentucky before joining the U.S. Military Academy.

The University of Texas at Austin erected a statue in his honor.

He married Henrietta Preston in 1829 and had six children with her.

He was heavily praised by Confederate President Jefferson Davis.

Albert Sidney Johnston Is A Member Of