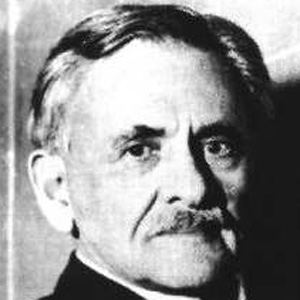 Nobel Prize winning physicist who measured the speed of light, which laid the foundation for the Theory of Relativity. In his long and important career he also received he Copley Medal in 1907, the Henry Draper Medal in 1916 and the Gold Medal of the Royal Astronomical Society in 1923.

He spent two years as an ensign with the Navy completing a tour in the East Indies.

His experiments led to him becoming the first ever American recipient of the Nobel Prize in Physics in 1907.

His family moved to the U.S. when he was two, eventually settling in San Francisco.

His work allowed Albert Einstein to come up with his revolutionary equation.

Albert Michelson Is A Member Of