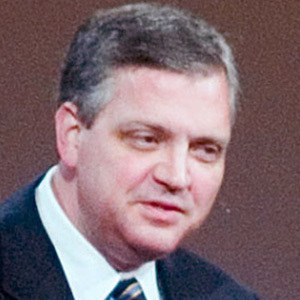 Historical theologian who became known as one of America's most influential evangelical leaders. His fame escalated when he was named the 9th president of the Southern Baptist Theological Seminary in Louisville, Kentucky.

He studied at both Florida Atlantic University and Samford University.

He has authored numerous books including 2018's Acts 1-12 for You: Charting the Birth of the Church and 2015's We Cannot Be Silent: Speaking Truth to a Culture Redefining Sex, Marriage, and the Very Meaning of Right and Wrong.

He and his wife Mary have a daughter named Katie and a son named Christopher.

In 2013, he appeared on CNN to discuss controversial comments made by Duck Dynasty star Phil Robertson.

Albert Mohler Is A Member Of