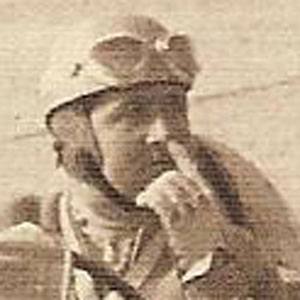 Back-to-back Formula One World Champion in 1952 and 1953 who is considered one of Italy's premier drivers.

He began his career racing motorcycles, and switched to autos after World War II.

His first Formula One Championship made him just the second Italian champion, and he then became Italy's first two-time champion.

His father was fellow racer Antonio Ascari, and, just like his dad, he died in a crash while racing.

He belongs to an elite list of World Champions for Scuderia Ferrari, which includes legend Michael Schumacher.

Alberto Ascari Is A Member Of