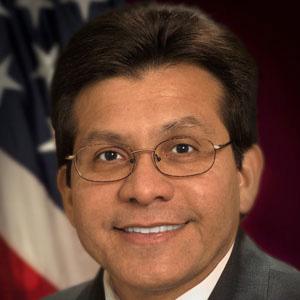 US Attorney General from 2005 to 2007 who resigned after he dismissed several US Attorneys without explanation. He infamously answered "I do not recall" for the majority of the questions posed to him during the congressional investigation into the firings.

He earned a Juris Doctor degree from Harvard Law School in 1982 after attending the US Air Force Academy.

He became the first Hispanic U.S. Attorney General in 2005 when he was appointed by President George W. Bush.

He has three children with his second wife, Rebecca Turner.

Senator Chuck Schumer was the first lawmaker to call for his resignation in 2007.

Alberto Gonzales Is A Member Of