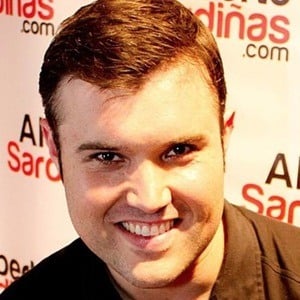 Radio personality who shares messages of hope and empowerment as the host of the nationally-syndicated show Intimo. He has appeared as a motivational speaker on the Univision television shows Tu Desayuno Alegre and Despierta America.

He began his radio career at age 17 while attending Andrés Bello Catholic University in Caracas, Venezuela. He moved to Miami, Florida in 2000.

He is the author of the book The Power of Your Story: 40 Short and Real-Life Stories Filled With Lessons (2013).

His father is Cuban and his mother is Colombian. He has a daughter named Sofia.

He interviewed celebrities like Marc Anthony during his time with Canal Sony.

Alberto Sardinas Is A Member Of