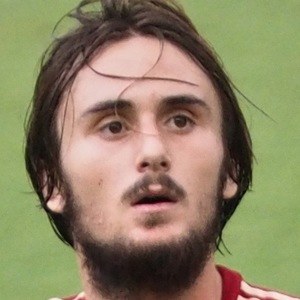 Central midfielder who has risen to fame for his international club career, including for English Premier League club Manchester City. He was loaned to La Liga squad Girona FC in August 2017, with whom he played as a versatile starting central midfielder.

He began his youth soccer career in 2002 for Ulldecona. He later made his La Liga debut in 2015.

He made his Premier League debut for Manchester City in September 2016. He contributed to Spain's U-21 side in 2018.

He was originally born and raised in Ulldecona, Catalonia in Spain.

He and Johan Mojica have played as midfield teammates for Girona FC.

Aleix García Serrano Is A Member Of